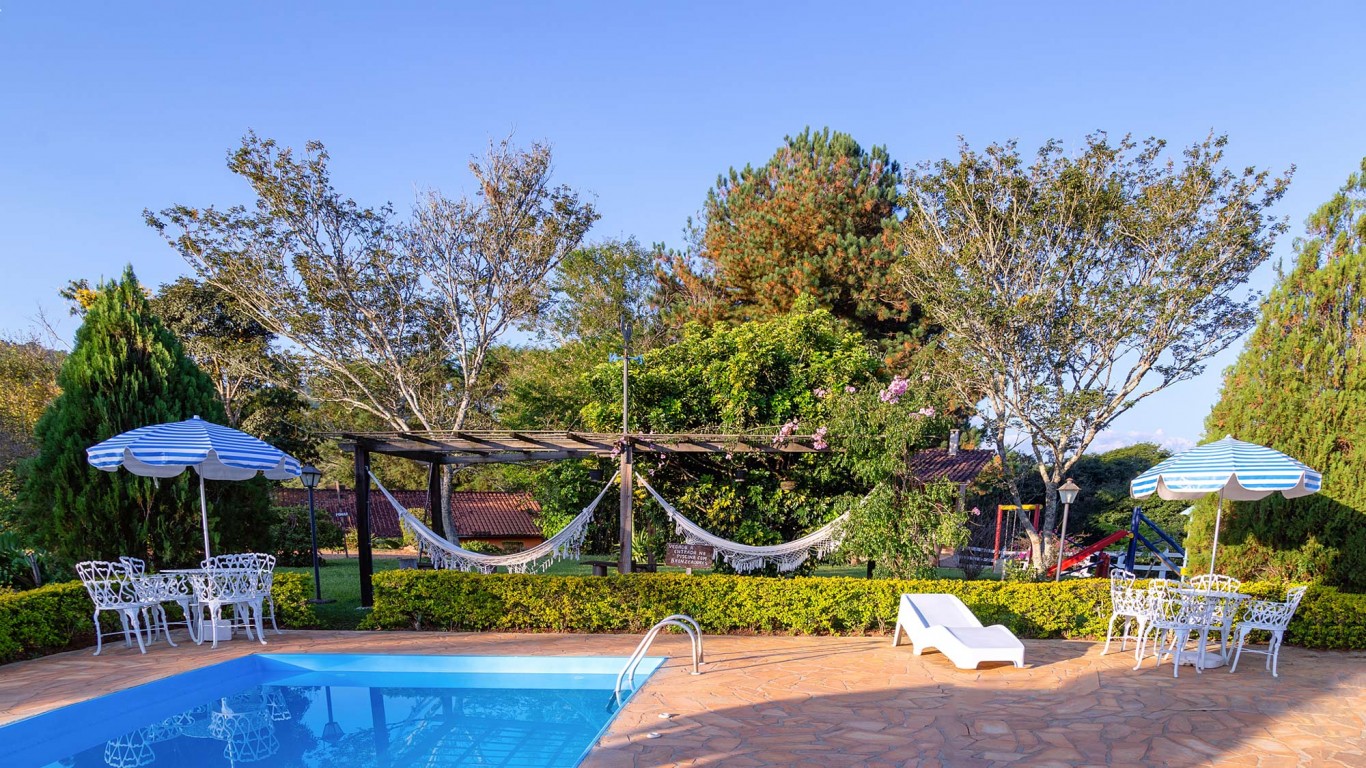 Well, there is a place in Minas where the doubt raised by this question does not make the slightest sense. A city that brings it all together. Faced with such a statement we can only say: "Cambuquirenses are even privileged."

Cambuquira is a refuge amid the mountains of southern Minas, at 950 meters altitude. His fame was born of the virtuosity of his waters. Altogether there are seven sources, six of them located in the complex of the Water Park, main tourist attraction of the city. The therapeutic qualities of the waters, coupled with the pleasant climate of the region, make Cambuquira one of the most important hydrotherapy resorts in Brazil. A difference is relevant: although special, Cambuquira still remains deliciously quiet and picturesque.

Wooded streets - a constant in Cambuquira

A walk through its tree-lined streets reflects this. The exact translation of the term "quality of life" is part of the day-to-day life of its residents and visitors. Acacias, quaresmeiras, ipês, almond trees, flamboyants and other species spread through the streets and squares of the city. They form a natural mosaic of colors, completed by the Biological Reserve of Santa Clara and the Mata do Parque. In Cambuquira the tourist finds the perfect equation for the well-being of body and mind.

The squares of the city are a mosaic of colors

As if all these characteristics were not enough, the city is the cradle of the best water in Brazil, according to an assessment by a team of experts gathered by Vip Exame magazine (Editora Abril) in 1997. Água Cambuquira was second in overall ranking , slightly behind the Ty Nant brand of Wales. All brands (national and imported) that circulate in the Brazilian market participated in the tasting battery. As Ty Nant is European, we can consider, according to Vip Exame's research, that Cambuquira has the best water in Brazil only, but in the whole of America.

It is deceived who thinks that Cambuquira is only rest. The municipality has in Serra do Piripau one of the best points for the practice of free flight. Several championships, including the Brazilian Paraglider, have as scenery a place that is not only the waters, but also a lot of adrenaline.

Main tourist attraction of the city, formed by five sources of quality mineral waters, with natural gas and therapeutic indications. In the surroundings of the Water Park is Mata (remnant of Mata Atlântica) with native vegetation. In the particularly pleasant area, in addition to the fountains, there are shaded gardens, lake, small craft shops, sanitary facilities, small playground and resort. The Park is an attractive urban tourist that is in a privileged area, near the bus station and the hotel chain.

The Mineral Water of Cambuquira presents several indications for the treatment of health:

Indicated for the treatment of acute or chronic nephritis, diuresis, gastrites hepatismo and inflammation of the bile ducts, angiocolitis, colocistite, intestinal disorder, dermatoses by intoxication, eczemas, stimulants of the secretion and gastric motricity, in the atomic and hypotonic cases.

Cures of diuresis when used in fasting, colitis, gastritis, acidity, stimulant of peristalsis of the intestines.

Continue towards the district of Congonhal.

It has Adro lit by lamps, and several landscaped islands. In its façade, there are two towers with bell. The nave is simple with ceramic flooring, wooden slatted ceiling, stained glass windows and four side doors with colorful designs. Altar-mor also simple, containing the image of San Sebastián. At the ends are two chapels facing the nave. In the background is the sacristy.

The South of Minas is strategically located, halfway between São Paulo, Rio de Janeiro and Belo Horizonte. It is one of the most developed regions of the State, possessing several medium-sized cities (population between 100 thousand and 200 thousand inhabitants). In cities like Poços de Caldas, Varginha, Três Corações, Pouso Alegre, Itajubá, Extrema, Camanducaia, Brasópolis and Santa Rita do Sapucaí.

Companies from various sectors are installed, such as: mechanical, agroindustrial, electro-electronic, garments, footwear and non-metallic minerals, among others. Also worthy of note is tourism, with the hydroclimatic resorts of São Lourenço, Poços de Caldas, Caxambu, Lambari, Cambuquira, Monte Verde and Itamonte, as well as the Lake Furnas region. It also counts on expressive agricultural production being the main producing region of coffee of Brazil.

Great diversification and economic potential. Of note is the agribusiness, state-of-the-art industry, tourism, confections and transportation logistics, benefiting from the duplication of Fernão Dias.

Within the tourism sector, the Circuito das Águas Claras encompasses the cities of São Lourenço, Caxambu, Cambuquira and Lambari and Highlands of Mantiqueira and offers several options in Eco tourism. Other important cities are Poços de Caldas, Monte Verde and those along the Serra da Mantiqueira, in addition to the esoteric tourism foci that gathers 34 municipalities around Lake Furnas.